On June 4, 1947 eighteen ladies gathered at the P.O.S. of A. Lodge Hall to organize a Ladies Auxiliary of the Leipsic Volunteer Fire Company. Mrs. Simpson, president of the State Auxiliary, was there to explain the procedure of getting an auxiliary started. Temporary officers were appointed and bylaws were recorded. The bylaws would be read three times before the officers would be elected and installed.

The second meeting of the at the Lodge Hall was held June 10, 1947 with eleven members present. The constitution and bylaws were read for the second time and suggestions were made for raising money.

The third meeting was held at the Lodge Hall on June 18, 1947. The bylaws were read for the third time and accepted. Nominations and elections were held for permanent officers. The officers were installed by Mrs. C. Simpson, State President at the county meeting.

President Elizabeth Bush presided at the first regular meeting of the auxiliary. Mrs. Anna Fox, Contribution Chairperson, reported a collection of $768 was received. Chairpersons were appointed for the required committees. 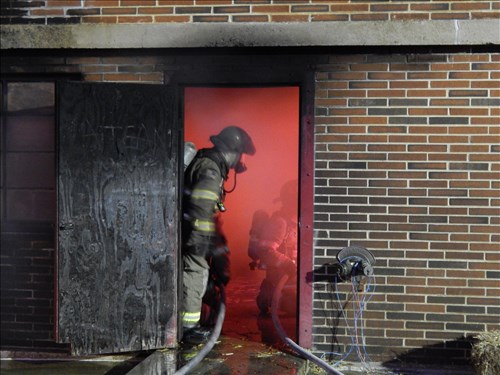